Softwares / By IT Net Fix 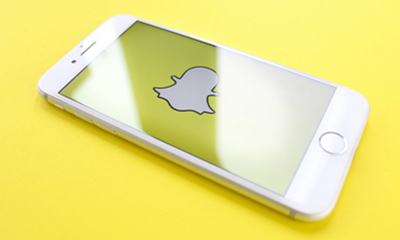 The thing about technology is that it provides us with the most brilliantly thought-of things in the whole wide world, and at the same time, it has given birth to the silliest of things, too. Take face swapping, for example.

Swapping your face to that of someone else is pretty funny, yes, but the tech behind it is a sophisticated AI they call deepfake, which can synthesize human images and videos. Using it the way wrong has some pretty serious and scary repercussions.

But we’re all for the purpose of fun here. So, here are our favorites. 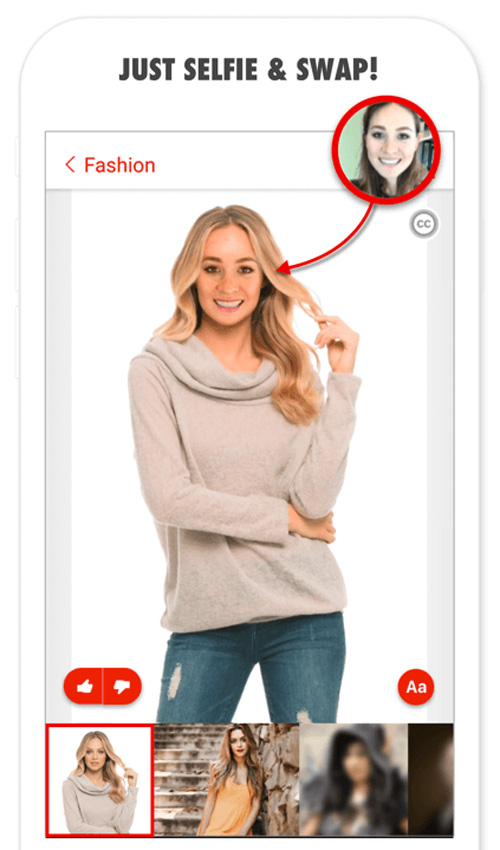 Our first software comes from Microsoft Garage, an organization devoted to experimental projects. Its app, simply called the Face Swap, helps you to remove a face from one photograph and overlay it to another. Unless this is a complex angle, the outcome is usually very accurate.

All you need to do is upload source and destination images; the rest will be taken care of by Microsoft Face Swap. However, the app only works one way: placing the extracted face from the source onto the destination picture. To do the opposite, you have to redo the whole process.

Also, the app includes a bunch of other features that you might want to use. Instead of a second image of your own, Microsoft Face Swap lets you choose from some of the stock photos. You can also find annotation resources if you want to apply text to the result. Face Swap is a free app with no ads on it. 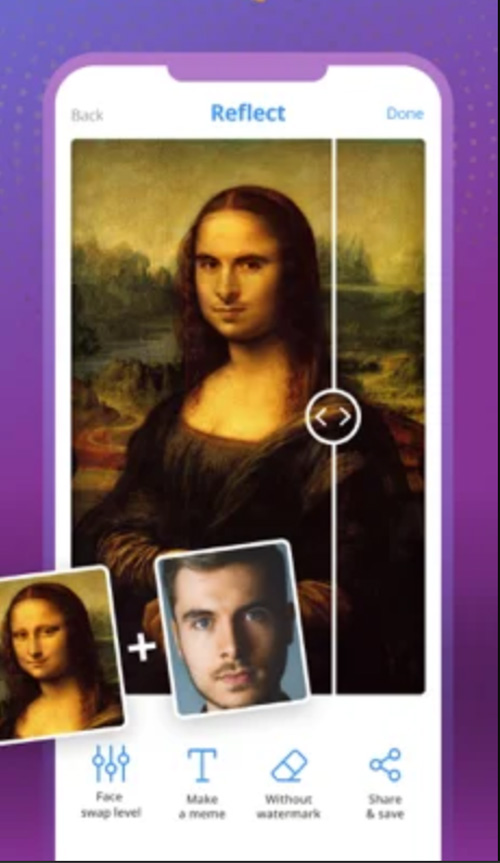 Reflect is potentially one of the most realistic face swap apps on the list you can use on your PC. It helps you to switch faces with your favorite movie stars, video game heroes, internet memes, and even sculptures.

If you’re looking for a realistic face swap but don’t want to waste time and money on uploading and installing apps, give Reflect a go. Click the blue Start Swapping button on the top of the screen, select a face-swap image, and then add a face to the swap. You can import the end product and share it with your friends. 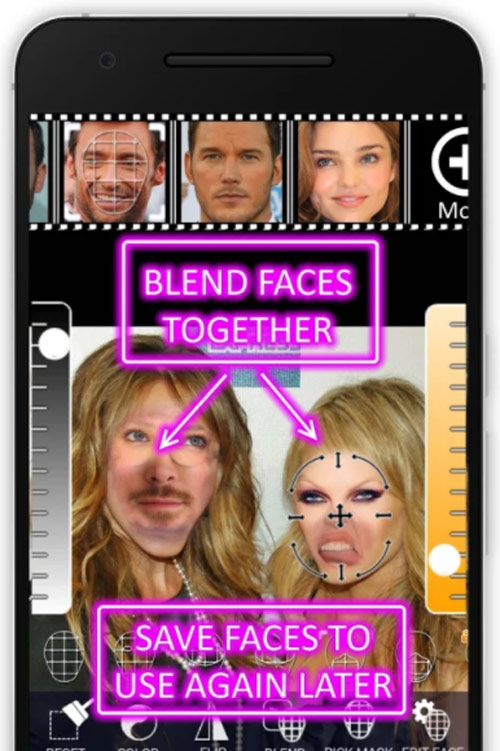 Face Swap Booth is designed for those who want a more detailed method. It comes with a wide range of options that you can use to specifically tweak images and produce the exact results you want. However, there are no direct keys. You’ve got to go through a few hoops to swap faces, but once you’ve figured out about the app, you can unlock a lot of capabilities.

Face Swap Booth lets you swap individual features instead of whole faces. So for example, you can take someone else’s eyes and place them on another one. What’s more, you don’t actually need a second photo. Instead, you can pick a celebrity template and use it to create a new meme.

Face Swap Booth also has no restrictions, unlike the others who are limited to two faces. Since the app can store the facial details of the images you upload, you can swap as many faces as you like for editing the group shots. You can also find a multitude of tools to correct any errors made by Face Swap Booth’s algorithms. 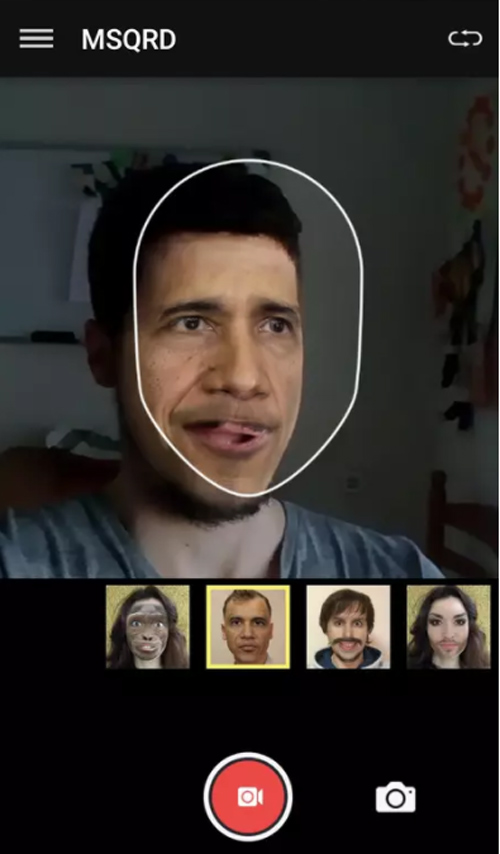 Facebook-owned AR app MSQRD comes with the option to overlay a few silly masks on your face. One of these adjusts the faces of two people in real-time instead of trying to upload several files first.

Plus, you have the option to face swap videos along with photos. The app is compatible with both the front and rear-facing cameras. Unfortunately, MSQRD only functions in its live mode, which means you can’t swap faces from existing media at all.

Apart from that, MSQRD offers a host of other live filters you can try to quickly produce amusing clips for free.

Plus, you can face swap videos along with pictures. The software is compliant with both the front and back-facing cameras. Unfortunately, MSQRD only runs in its live mode, which means that you can’t switch faces with existing media at all.

Apart from that, MSQRD provides a host of other live filters that you can try to easily render fun clips for free. 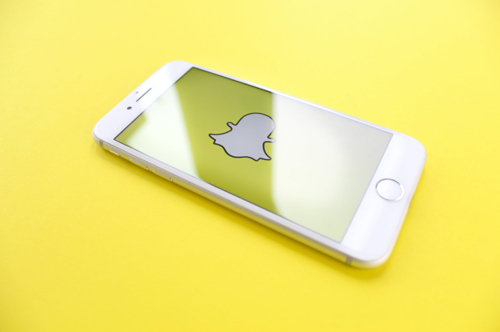 Snapchat was one of the first applications to introduce a face-swapping effect. Unsurprisingly, this has been refined over the years. The functionality lives next to the majority of the masks that Snapchat provides.

When you’re in selfie mode, you’ve got to hold on to your face to show the lineup. Scroll until you hit the duos filter and you’re all set up. Bring a second person, a cat, or a snapshot from your camera roll, and Snapchat will show you the live result. You can film a clip by holding down the shutter button or press it to take a photo once. 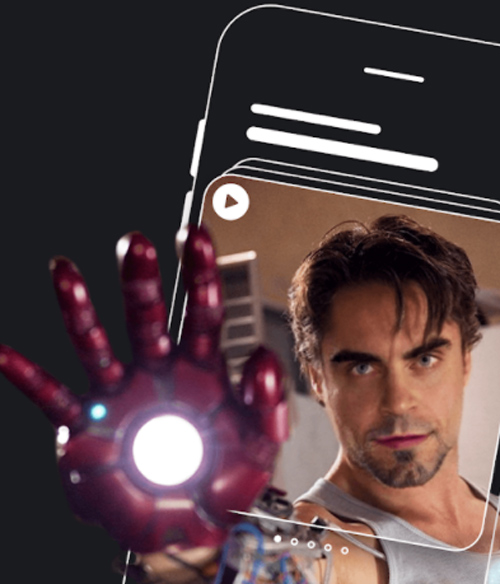 You may have heard of the Doublicat app, which is well known for its chillingly realistic deepfakes. Nowadays, they’re operating under the name Reface. You can put your face in almost everything, from funny GIFs to iconic movie scenes, to the speeches of famous people. What’s more fascinating is that it totally switches your face to another face, and the result seems persuasively genuine, so you could even be mistaken as the leading star of the TV series.

Like in several other applications out there the advertisements will come out of the blue. This could be embarrassing, particularly if you’re in the middle of editing something. You can use a membership for $2.99/month or $29.99/year to get rid of irritating advertisements. It’s worth it if you’re a true blue memer. But if you’re only switching faces to waste time, you can do it with the free version of this app.

Oh, that’s not a mistake, it’s the real name of the app, and this app has a lot of interesting filters. Mrrmrr is a DeepAR driven face app that also provides real-time filters and masks.

The app has four kinds: emoji, masks, filters, and effects. Emoji doesn’t have a lot of variations, just three. With this app, you can be an animated emoji, Donald Trump, or Kanye West. Thanks to a real-time face detection algorithm. It records the facial expressions and adds it to emojis to create an immersive emoji. Masks deliver several unusual varieties such as rainbow drool, sunburn, cat ears, goth, anime, soda hat, etc.

You may either take a photo or take a video with a mask on it. Sharing your images is really simple, it gives you a thumbnail of the image and a few social media sharing buttons like Facebook, Instagram, Twitter, etc. Or you can directly save the photo to the images or transfer it to your device without iTunes. 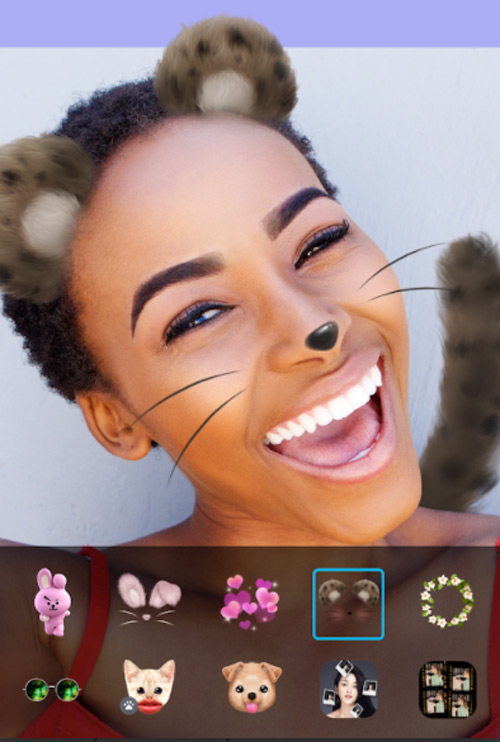 B612 is more famous because of its beauty cam features. You can edit your images to prettify your face. Now, it even has the option of a face swap in its camera. You can now swap your faces while feeling beautiful at the same time. Add more glitz to your images by adding stickers and some music to it.

B612’s face swap only works in real-time. This means that when you take your photos, you must have a buddy. Some users often report bugs when they apply stickers to their images. However, just make sure your phone is efficient enough to use this app. And because this is sort of a beauty app, expect those oversaturated colors on your faces when you do a face swap.