Gaming, Tech / By IT Net Fix 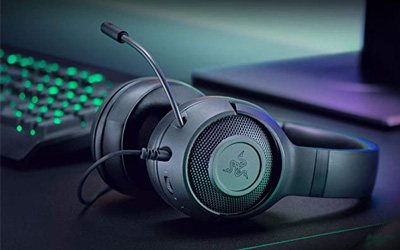 Choosing the best gaming headset requires a lot of decision making because it comes down to a few criteria like the comfortability, sound, wired or wireless and of course the budget. 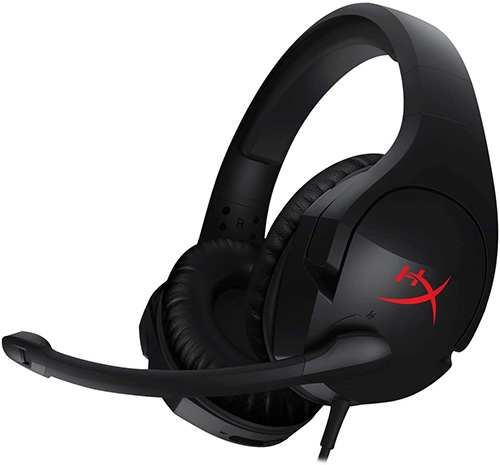 One of the bang-for-the-buck gaming headsets in the market right now. It is simple, sturdy, lightweight because of its plastic construction and soft faux-leather earcups. It has also ample padding on the top of the headset so it rests nicely on your head and more comfortable to wear. There is also a height adjustment on the side. The only button on these headsets are on the bottom of the right earcup which is the volume rocker that allows you to slide to adjust your in-game volume. If you want to mute the mic just tilt it up to 90 degrees. Microphone is very flexible because it is coated with rubber. That’s how convenient these headsets are.

With solid audio quality, you’ll never regret that you’ve spent your money for this. It has handy on ear controls, and solid microphone. 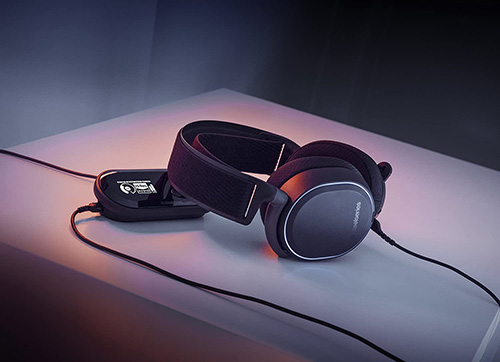 In the premium side, Steelseries Arctis Pro is an audiophile recommended gaming headset since it can play hi-res audio files. So, it targets the slightly higher end consumer based within the gaming community. Arctis series is already excellent in design with a retractable microphone, a LED mic mute switch which is easier to press, and a volume wheel. It also includes customization like fine-tune sound via equalizer, and its’ lighting.

With DAC or Digital-to-Analog Converter, it allows you to deliver high-resolution 96khz/24bit audio and it has a hi-res certification. 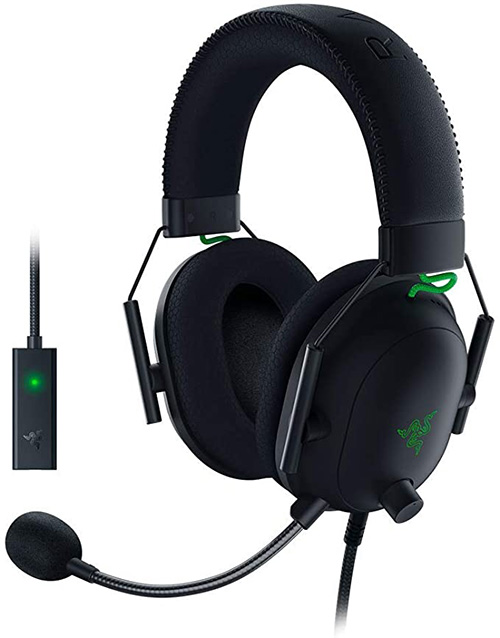 Razer Blackshark V2 is also good value for the money gaming headset. With non-removable microphone, it has more mechanical look like the headset used by a pilot but with combination of modern look to it. It uses memory foam in the ear cups with pleather skin which is very comfortable and very soft.

Its’ cons are the annoying way to adjust earcups and height adjustment where the wire does not move together. You can adjust each of them independently.

With built-in volume dial, it is really quick and easy adjustment and underneath it there is a mic mute button.

The sound of it is excellent because of the emulated surround sound which is phenomenal in games. 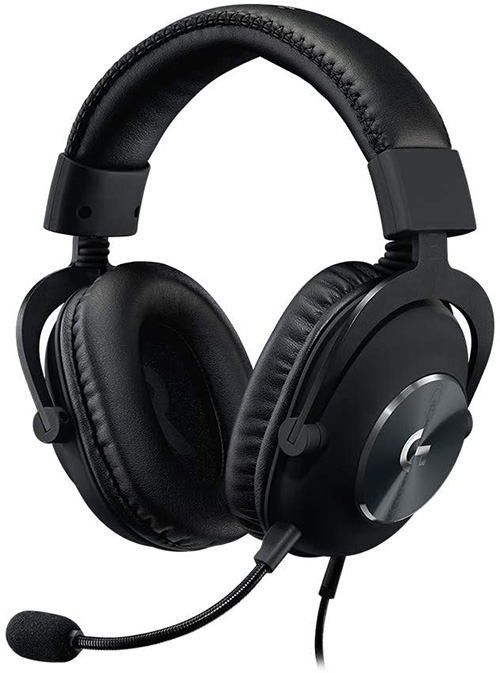 A follow up of the previous G Pro Headset which has more clean and minimal design. With 50-millimeter Pro G drivers these can be tuned and upgraded with more ability to change how they sound inside the software. Package coms with additional leather earpads, usb soundcard for the pc connection, rubber mobile cable with a mic and mute button, pc 2-in-1 splitter jack, a carrying pouch and the headset itself.

Logitech G Pro X is minimal in terms of design because there is no volume control and buttons in the headset. It can only be found in the cable.

Right of the box, the sound of the headset is naturally flat which means the bass is not that punchy but it can be adjusted using the software. While in microphone, they collaborated with Blue which is a known microphone company and later on acquired by Logitech. 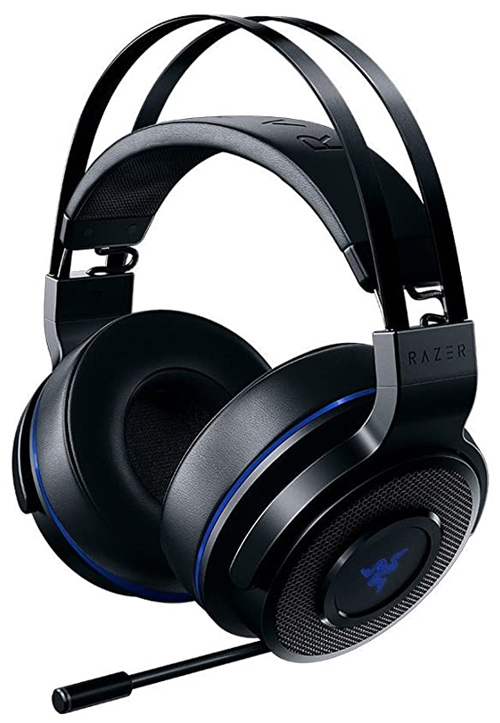 Razer Thresher Ultimate, for our money, that’s the best gaming headset Razer has created. For its price, Thresher is a Dolby certified 7.1 surround sound, 2.4ghz true wireless audio, and it is said to be can last up to 16 hours on a single charge. This headset is advertised that it is designed for Xbox but you can use it in windows 10 machine also.

Microphone quality of Thresher is not that good but not that awful but the audio quality is amazing out of the box. 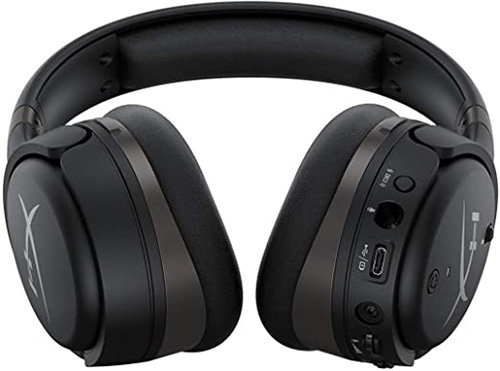 HyperX Cloud Orbit S is a slightly rebrand of Odyssey Mobius headset but his one is slightly cheaper because it not a wireless headset. HyperX is known for their gaming audio sphere and teamed up with Odyssey to release a planar magnetic gaming headset and a 3D tracking that is built in to this headset.

The sound of this headset is incredible for gaming with best bass experience and good lower end frequencies because of the planar magnetic driver. It can be also good for music because it doesn’t distort and overshadow any other frequency.

The built quality is also excellent. Very flexible headset, height is adjustable, padding on top for comfortability and the earcups is a memory foam. It has rubberized matte texture which is pretty nice but it is prone to scratch and fingerprints. 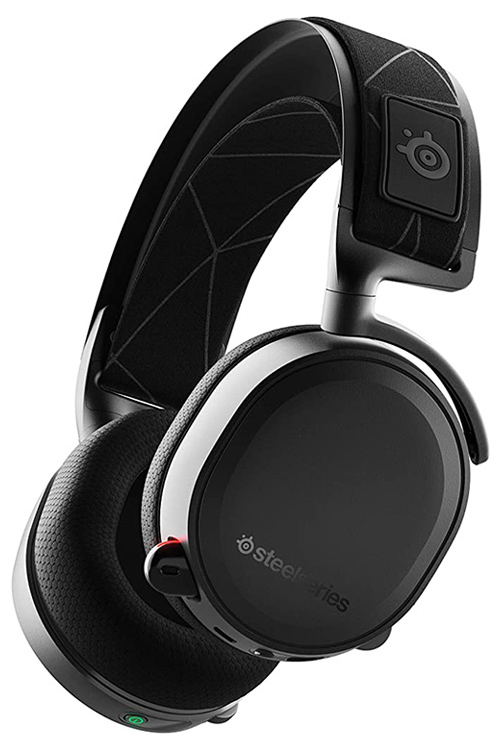 It is the best gaming headset for 2020. Arctis 7 is not just good in gaming but also in editing as well. Flexibility of this headset is amazing you can use it simultaneously with a PC and a console.

Arctis 7 is super light and provides a lot of adjustability for gamers with small or large heads because of the ski goggle band under the headband. It doesn’t look cheap and gives you a premium feel as soon as you put them on.

Instead of Bluetooth, it comes with 2.4ghz transmitter which is okay since Bluetooth can have latency which is a con while gaming. 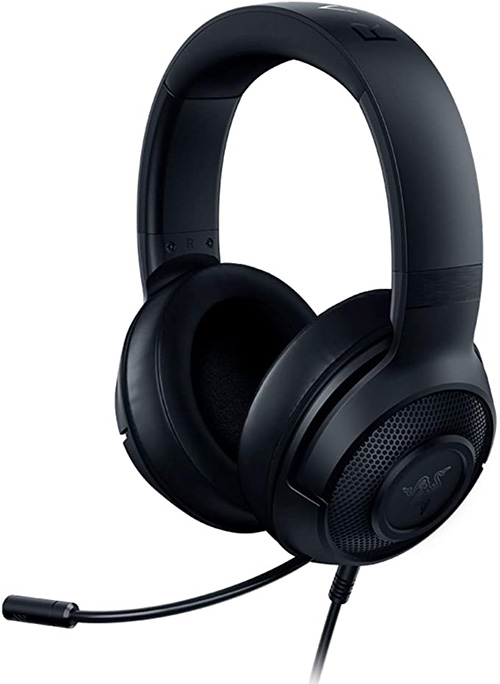 A Razer affordable headset that is compatible with both pc and console. This is the lightest headset in Razer lineup but it consists of plastic build which is a tradeoff. It is flexible also for any head size and has a side height adjustment. Since it is lightweight, there is no pressure points, clamping pressure is very nice, very comfortable and as if you are not wearing it.

It has mic mute button at the back of the head and a volume dial. The mic is a cardioid mic that removes the background noise and focuses on your voice only. 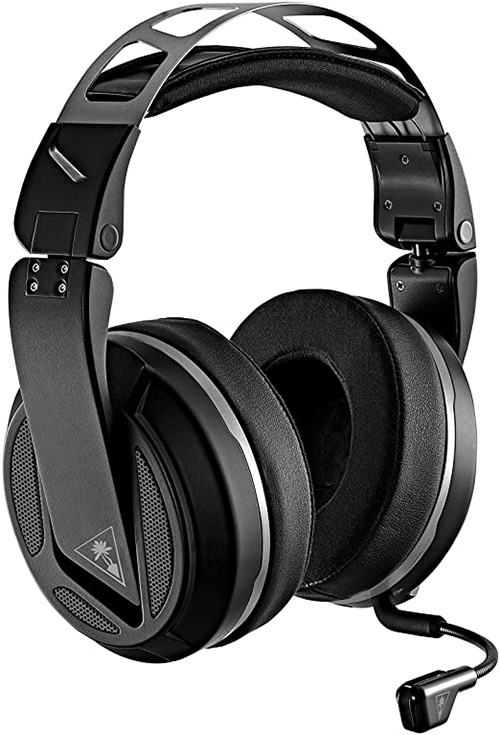 Turtle Beach Elite Atlas Aero sound quality is great where you can here little details and textures of sounds whether you’re playing or listening to music. It produces flat sound also and the highs, mids and lows are all the same so it is free of any distortion even at higher volumes.

For the design, the headset looks attractive, cool and sleek with clean black color with a little gray accent. It is a plastic unibody design except the top part of the headband which is metal.

When you put this on your head, it is just right in between of light and hard clamping force. You can swivel the headset in the back and a little swivel in the front. It has a cooling gel inside of the earcups that’s why it is one of the best gaming headsets in the market right now. 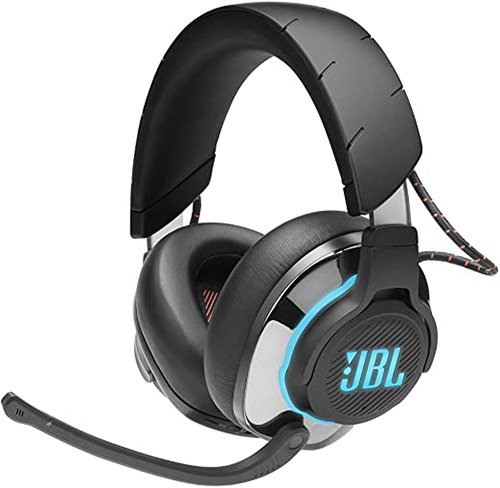 JBL is not much of a gaming brand but they tried it in their flagship gaming headset, the Quantum 800. Packed with ANC, 2.4ghz, and Bluetooth wireless connection and RGB, it became included with our honorable mentions. Weighing around 410 grams, it is slightly heavier than the Razer Black Shark V2. Thanks to the wide, soft headband and plush earcups is become also a very comfortable gaming headset for a long gaming time.

The microphone also has an auto-mute feature when raised just like with HyperX Cloud Stinger. From top to bottom, we have a button for anc, game vs chat volume, overall volume, physical mic mute, 3.5-millimeter jack, and a USB type C port. On the right side, there is a power switch and a Bluetooth button.

The sound quality is incredible even in a flat profile but we can boost the bass also.