VPN Tunnels: What Are They and How Do They Work?

Virtual Private Networks (VPNs) have been one of the cornerstones of secure online communications. However, there has been a lot of uncertainty about what VPNs can and cannot do. This frustration has led many technologists to select a VPN approach that might not be well-tailored to their specific environment. However, this misunderstanding can be easily removed with a little bit of education, particularly when it comes to VPN tunnels. 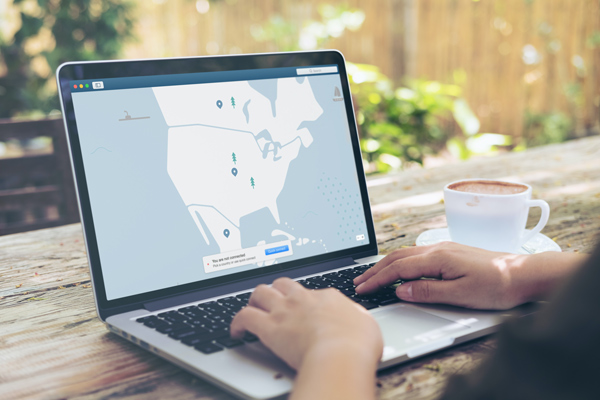 But how does the tunneling phase work? And does it really make the web operation safer?

First of all the safest way to secure the data will be never to send it via the public network, but you know that’s almost unlikely. That’s why we rely on a VPN to enhance our privacy when we’re engaging in online activities.

What are VPN Tunnels?

VPN tunnels describe a mechanism in which data is transferred securely from one computer or network to another through a non-secure environment (such as the Internet) without violating privacy. Tunneling means protecting data by repackaging it in a new form.

In truth, of course, there is no actual tunnel; the data must flow through the same wires as all other data traveling through the public network. Instead, VPN tunneling uses principles such as data encapsulation and encryption to securely transmit data traffic via a non-secure environment.

Encapsulation isolates data packets from other data that pass through the same network, while encryption renders data “invisible” (unreadable) even to intelligence agents and offenders who know it as encrypted content. So it’s like the data is passing into a tunnel.

You can think of VPN tunneling as similar to the method of transferring actual cash from one bank location to another by using an armored transport van along public highways. The cash in this instance is your data, the public highway is a non-secure public network, and the armored van is similar to the VPN tunnel (data encapsulation and encryption).

Even if advanced intelligence services and professional offenders know the armored van and its contents, they cannot break into it. So there are basically two layers here – the encapsulation hides the van so that in most situations, it won’t be identified as a cash-bearing car, while encryption ensures that even though the van is recognized, no one will get the cash inside.

Encryption renders your readable data (plaintext) completely unreadable (ciphertext) by any person who intercepts it while encapsulation covers data packets with successive layers of control information so that it is not even recognized as encrypted data in most cases. VPN tunneling uses these techniques to obscure your data to keep your browsing activities private and confidential.

There are several types of VPN protocols that provide different levels of protection and other functions. The most widely used tunneling protocols in the VPN industry are PPTP, L2TP/IPSec, SSTP, and OpenVPN-and most or all of them can be provided by the world’s best VPN providers. 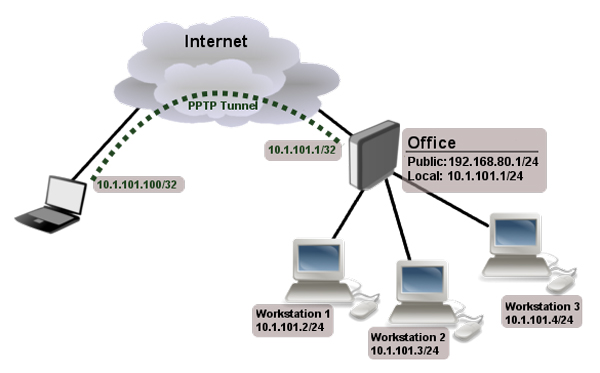 Point to Point Tunneling Protocol (PPTP) is one of the oldest protocols that VPNs still use today. Produced by Microsoft and released with Windows 95, PPTP encrypts the data in packets and transfers it through a tunnel created by your network connection.

PPTP is one of the simplest protocols to configure, requiring only a username, password, and server address to be linked to the server. It’s one of the fastest VPN protocols thanks to its low degree of encryption.

Although it boasts high connection speeds, the low degree of encryption makes PPTP one of the least secure protocols you can use to protect your data. With known bugs dating back to 1998 and the lack of good encryption, you’ll want to avoid using this protocol if you need strong online protection and anonymity.

Layer 2 Tunneling Protocol (L2TP) is used in accordance with Internet Protocol Security (IPSec) to build a more secure tunneling protocol than the PPTP protocol. L2TP encapsulates the data but is not encrypted adequately until IPSec re-encrypts the data using its own encryption to create two levels of encryption, preserving the confidentiality of data packets moving via the tunnel.

L2TP/IPSec offers AES-256-bit encryption, one of the most sophisticated encryption standards that can be implemented. However, this double encapsulation makes it a little slower than PPTP. It will also combat bypassing intrusive firewalls because it uses fixed ports, making it easier to block VPN connections with L2TP. However, L2TP/IPSec is a very common protocol due to the high degree of security it provides.

The Secure Socket Tunneling Protocol, named for its ability to transport internet data via the Secure Sockets Layer or SSL, is natively supported on Windows, making it convenient for Windows users to set up this specific protocol. SSL makes Internet data passing via SSTP very secure, and since the port it uses is not set, it is less likely to struggle with firewalls than L2TP.

SSL is also used in tandem with Transport Layer Security (TLS) on your web browsers to add a layer to the site you’re accessing to allow a secure connection to your computer. You will see this implemented if the website you’re using begins with ‘https’ instead of ‘http.’

As a Windows tunneling protocol, SSTP is not usable on any other operating system and has not been independently audited for possible backdoors incorporated into the protocol.

Last but not least, we have OpenVPN, a relatively recent open-source tunneling protocol that uses AES 256-bit encryption to protect data packets. Since the protocol is open source, the implementation is reviewed carefully and frequently by the security community, which is actively searching for possible security vulnerabilities.

The protocol can be configured on Windows, Mac, Android, and iOS, but third-party software is required to set up the protocol, and the protocol can be difficult to configure. After setup, however, OpenVPN offers a powerful and wide variety of cryptographic algorithms that enable users to keep their internet data protected and even circumvent firewalls at fast connection speeds.

Which Tunneling Protocol Should You Use?

Even though it’s the quickest, if you want to keep your internet data secure, you should be wary of PPTP. L2TP/IPSec offers 256-bit protection, but is slower and fights firewalls due to fixed ports. SSTP, although very secure, is only accessible on Windows, and is closed from security checks for built-in backdoors.

OpenVPN, with its open-source code, efficient encryption, and ability to circumvent firewalls, is the best tunneling protocol to keep your internet data secure. While it needs third-party applications that are not compatible with all operating systems, you will want to use the OpenVPN protocol for the most secure VPN connection on the Internet.