What Is a Mining Script? 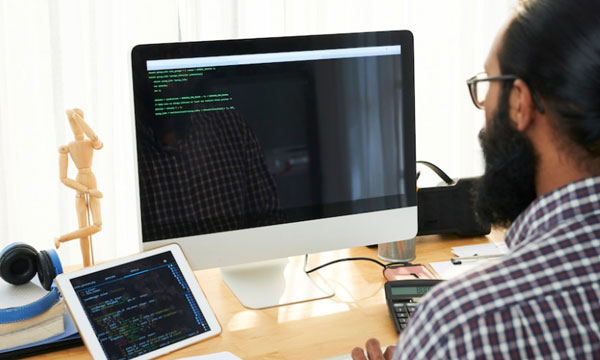 Mining scripts are computer programs designed to carry out mining operations on a blockchain. They are run by miners, who use them to verify transactions and add new blocks to the blockchain.

Written in programming languages such as C++ and Python. They are typically open source, meaning anyone can view and contribute to the code.

If you’re interested in learning more about mining scripts, this article is for you.

How Do Mining Scripts Work?

Miners use mining scripts to automate the process of mining for cryptocurrencies. These scripts can mine for multiple types of cryptocurrencies, including Bitcoin, Ethereum, Litecoin, and more.

It works by connecting to a cryptocurrency network and then using the computer’s processing power to solve complex mathematical problems. When a problem is solved, the miner receives a small amount of cryptocurrency.

You can run Mining scripts on a personal computer or a more powerful mining rig. However, to be a successful miner, it’s essential to optimize your specific hardware.

Mining scripts are constantly updated as new technology developed. If you want to stay ahead of the competition, keeping up with the latest mining script releases is essential.

What Are the Benefits of Using a Mining Script?

Unlike traditional mining software, a mining script will not require you to install any additional software or drivers. Additionally, a mining script runs on almost any computer, regardless of its power or specifications.

There are many benefits to using a mining script, such as:

Despite these risks, mining for cryptocurrency can be a profitable endeavor. Just be sure to use a reputable mining script provider and take all precautions to mitigate the risks.

How to Make Money Using a Mining Script?

The three methods to mine bitcoins are:

Mining solo is the most complex and rewarding way to mine bitcoins. When you mine solo, you are responsible for all of the costs and all of the rewards. This includes the costs of the equipment, the electricity, and the time you spend setting everything up and running it. Solo mining is also the riskiest way to mine because if you don’t find a block, you don’t get any reward.

2. Mining with a Pool

Mining pools allow bitcoin miners to pool their resources together and share their hashing power with other miners in the pool. This way, the miners can earn more bitcoins for their efforts. Mining pools come in a variety of shapes and sizes. Some pools are open to anyone who wants to join, while others are private and require an invitation. Some pools charge fees and collections that do not.

There are several benefits to joining a bitcoin mining pool:

Cloud mining has several advantages over traditional methods of mining:

Cloud mining is an excellent way for users to mine cryptocurrencies without having to deal with the hassle of managing their hardware.