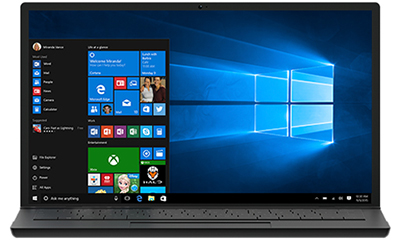 If you are looking for a notebook to do things like playing games, engaging with social media or doing some work, common sense dictates that Windows laptops are the best and, therefore, the obvious choice. But Chromebooks have become so good that they are now a legitimate alternative to the Windows laptop.

When they first came into the scene in 2011, the Chromebook was ridiculed continuously because of their minimal functionality and their constant need for internet connection. The Chromebook of today has come a long way since they were first introduced. The creators have improved everything from their weight, size, performance, apps security and battery life. Chromebooks are increasingly getting closer to matching up with Windows laptops.

Chromebooks are essentially very similar to Windows laptops in that they are both very fast and very portable. Chromebooks, however, run on a completely different operating system which favors those who fancy Android and Google services. They are very easy to operate and are also very affordable with some going for as low as $179.

Let’s take a look at the difference between Chromebooks and Windows laptop: 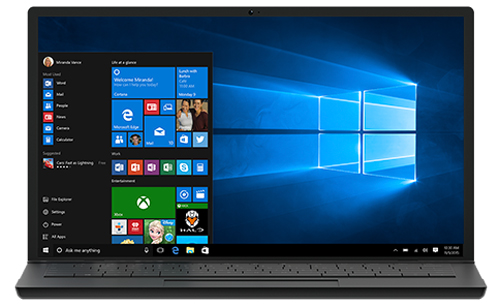 The Windows 10 operating system (OS) is refined and polished compared to its predecessors, it is also coherent and seamless. When you press the start button, the new start menu button comes up, it is packed with the programs that you use most and the apps you have installed lately are on the left. There is a wider panel on the right side, here you can pin up animated tiles. The updated taskbar features a Cortana taskbar adjacent to the start button and icons that indicate the open programs. Windows 10 has affixed an icon for notification on the bottom right of the computer, this brings you to the new action center when you click it. This shows you the dormant apps and those that are active. 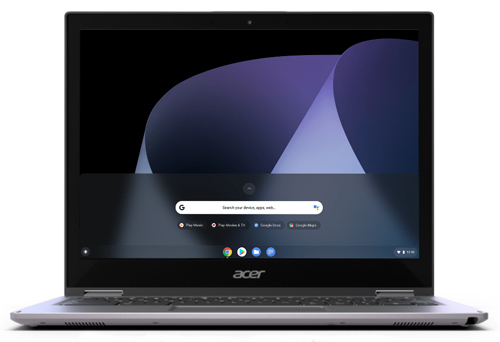 The latest version of Chrome OS has the start button on the bottom left corner. When you click on it a Google search bar pops up showing all the apps that you have opened recently. When you scroll down the Google info cards you will get information on things like local weather, calendar updates and recommended articles based on your previous search exploits.

However, Chromebooks that have Android apps and Play Store do not have the Google Now interface card. Active apps are showcased on the taskbar, also the major shortcuts to apps like YouTube, Docs, and Drive. On the bottom right are fundamental settings like Wi-Fi and Time. Chrome OS was designed as a Web-first OS, therefore, the apps operate in the browser window of Chrome.

One thing to take into account is the touch-friendliness of the devices. Both Windows 10 and Chrome OS devices can be found with touch screens which is advantageous to both of them in different ways. Windows 10 tablet gets rid of the icons in the taskbar putting all the apps full-screen.

This leaves you with a minimalist working space minus the distractions found in the desktop. The universal apps present in the Windows app store enables you to operate your beloved programs both on the tablet or on the desktop.

Those who fancy Chromebook should look for touch screen enabled models because these touch screens help them exploit their Android apps platform. Chrome OS is not the best for performing multiple tasks simultaneously, Chrome’s interface is simple and operating it is effortless compared to Windows. 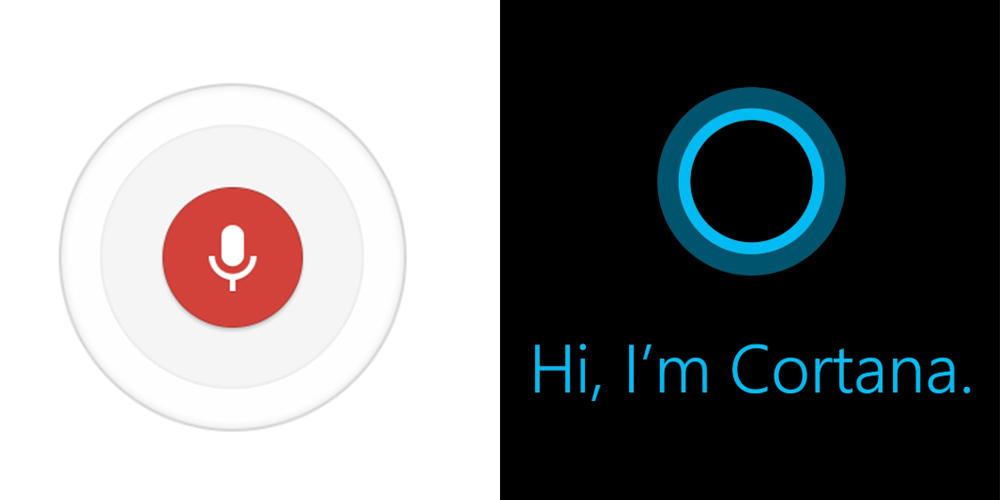 The Cortana in Windows 10 has a lot of similarities with Google now of Chrome. When you click on the Cortana search bar a window with important information will come up. The information you get includes your upcoming appointments, the weather and local restaurants to visit. “Hey Cortana” is a voice command that allows you to ask questions and the system will give you the response you are seeking.

On the other hand, Chrome OS also has the same characteristic that can be enabled in the settings area, and it’s called “Ok, Google” it allows you to ask a question when you open the launcher or when you open a Chrome tab. Moreover, the voice assistant talks back giving you the feedback you want.

Google Now talks more compared to Cortana, giving you a lot of information about something that you are seeking.

Nevertheless, Cortana has more to offer than Google Now. For example, it allows you to carry out natural language searches for documents on your device, book appointments for you, read out e-mail and even tell jokes. Cortana is, therefore, better than Google Now because of its versatility.

A fully functional laptop requires fundamental programs, especially the ones for productivity like video and music playback, photo and video editing and browser. All of these are available for Windows laptops and Chromebooks, but Google is still developing its platform.

Windows support most of the programs that you may wish to run. This is also true for games. Microsoft says that they have an excess of 669,000 applications in their Windows Store. Some of the popular Windows 10 apps are Flip, Facebook, and Kindle. All of these have an interactive Live Tile that lets you know what’s happening in the world. 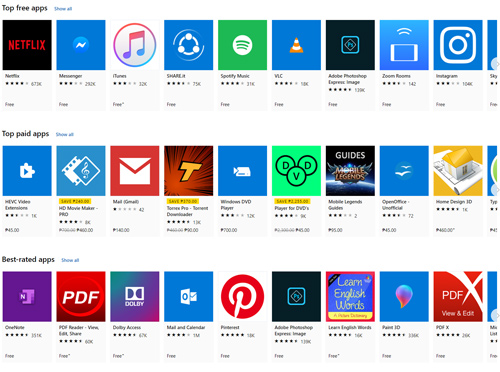 Chrome OS was a big browser when it started, you had to use Chrome if you desired to play a game or run a program. This started to change in 2017 where the majority of the Chromebooks begun to offer Android apps. Google Play Store has over 2,800,000 apps. 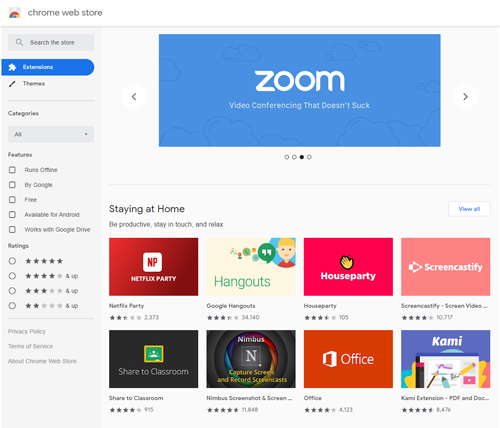 Yes, the apps may work when you are offline, but you are limited if your Chromebook does not support Android apps. Therefore, in this case, Windows is much better.

Windows 10 has an abundance of programs used in photo-editing, like Photoshop and the entire Adobe Creative Suite. Windows 10 has a newly introduced Microsoft Photo app which has the primary tools for editing. Anyone who has operated photo editors like that of Instagram will be able to handle the Windows Photos app. Professionals will have to download Adobe Photoshop to be able to get the desired results. 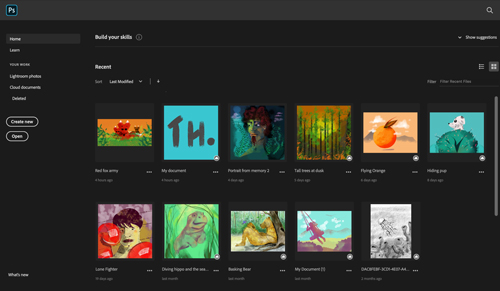 The web-based Chrome OS has only the basic photo editing programs like Photoshop Express for machines that support Android and Pixlr editor for those that don’t. Even the best Chromebooks do not offer a good enough platform to carry out photo editing and video editing. Windows 10 laptops are, therefore, the best option for this particular task. 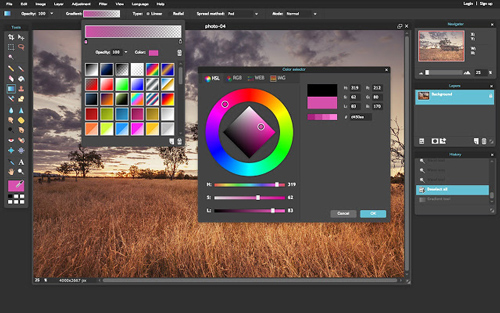 Chrome OS has a wonderful browser that provides good performance, an interface that is easy to operate and a lot of extensions. Chrome OS does not offer any alternatives to the Chrome browser which is quite limiting. It also cannot run useful plugins like java or flash. This will bring about challenges incompatibility when you attempt to look at some websites. 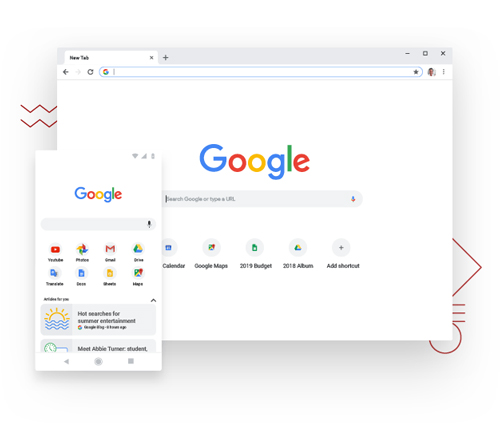 Alternatively, Windows 10 can be able to operate the Chrome browser as well as most of the available browsers. This gives you the ability to browse the net however, you want. Moreover, their new browser Edge gives you the ability to write on websites as well as sending scribbles and notes. Windows 10 browser is superior because it allows you to use the Chrome browser as well as other available browsers.

Windows offer a recognizable file folder appearing in simple programs. It allows you to save your files on the desktop, create folders and pin files. There are also folders of files in the Chromebook, but unlike on the Windows, it is not located on the start menu by default.

The main disadvantage of Chromebooks is their limited storage space, for instance, the Samsung Chromebook 3 has 32GB of storage compared to the 1TB found in an Acer Aspire E 15. Because of their large space, Windows 10 devices allow you plenty of photos, videos, and other documents.

Windows 10 is the trusted and the standard operating system and is widely used to carry out tasks. The software that many businesses use is only supported by Windows 10 like ArchiCAD, Adobe Photoshop. An office suite like Microsoft Office that comprises of Excel, PowerPoint and is the standard-bearer for productivity.

For Chromebook, you can access these apps but only when you are connected to the internet unless your Chromebook operates Android apps. Therefore, as far as productivity is concerned, Windows carries the day of Chrome.

The best games require that you have a device with good specs; this includes graphic cards, top-of-the-range processing power, and enough storage. This is available on high-end Windows laptops.

At the moment, there are no Chromebooks in the market that are capable of supporting these types of games. Chromebook are just not capable of handling most of the games you might want to play.

On Windows 10 platforms it is very unlikely to get a file that you can’t play. If the software is not available you can always download. On the other hand, Chromebooks do not support all the files, for instance, iTunes. Also, the VLC media player does not operate well on Chrome.

For a long time, Windows has always been targeted by hackers who infect it with malware, viruses, and keyloggers. You should install an antivirus immediately you have purchased a Windows laptop.

Chromebook, however, has not caught the bug yet. Moreover, Google also protects the integrity of its OS. Also, in case things go haywire, it is easy to restore it to factory setting.