How to, Internet, Live Streaming / By IT Net Fix 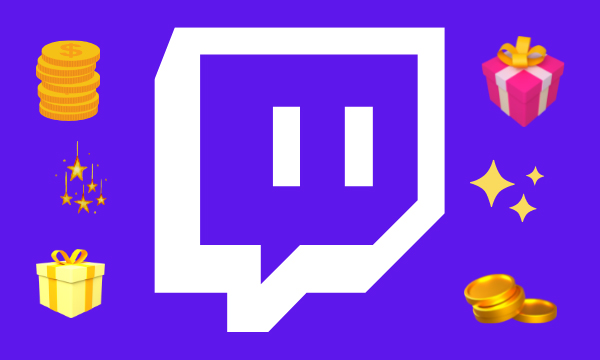 Streamers have long sought ways to reward their chat’s most ardent supporters. In the past, third-party apps and chatbots made this possible by allowing users to earn loyalty points.

However, one of the experiences that were consistently absent from these third-party integrations was the provision of concrete and meaningful incentives. They hope to solve this problem by introducing Twitch Channel Points, which will have real incentives in chat.

What Are Twitch Channel Points?

Channel points are a form of ‘currency’ that can be used to communicate with streams in a variety of ways. Having more allows you to connect with the stream more often, so we’ll show you how to get Twitch channel points quickly! Depending on the streamer’s additions, you can do everything from:

Each channel has its own channel points, which can only be spent on that channel; they are non-transferable. Most channels will give their channel points a distinct name and symbol.

How to Get Twitch Channel Points

Obtaining channel points is a simple process. All you have to do is keep an eye on the stream and you can accumulate channel points over time. By default, you receive 10 points for every 5 minutes of viewing. In addition, every 15 minutes that you are actively watching, a chest will spawn, which can be collected by clicking on it. This results in a 50-point bonus.

How to Customize Your Channel Points and Rewards

You can begin customizing your channel points right now by going to your Channel Dashboard > Channel Points > Customize Points Display. You should rename your points here to something more distinctive and on-brand. There are several other improvements you can make in this section of the dashboard, such as the ones mentioned below. 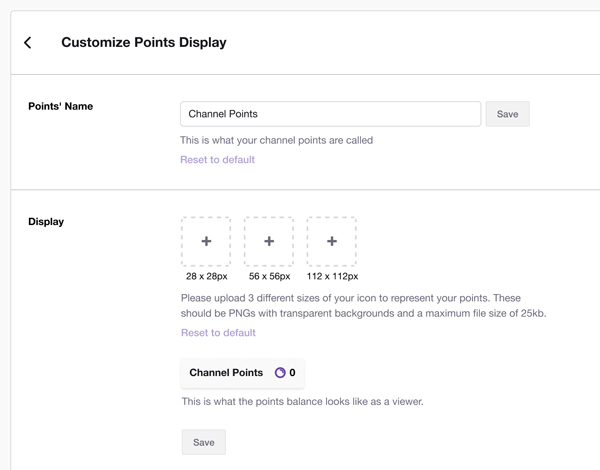 Rewards may have their own custom pricing, and getting this right will be critical to maintaining a steady pace on your stream. When deciding on rates, keep in mind that a regular viewer will earn over 360 points per hour, and subs earn twice that.

A subscriber could gain over 5000 points per stream if they stream for 5/6 hours per session, including raids and consecutive watch bonuses. Take this into account and set the incentives that you want people to use only occasionally and at a high rate!

Channel points are represented by a simple standard icon that represents the number of points received by a viewer. To make this feel more like your own currency, design a new graphic and replace the standard one with something more you.

The unlock-able rewards include yet another way for you to flesh out your branding. These, too, can have their icons modified, allowing you to fully customize the rewards deck, from background colors to icons. Remember to remain true to your brand. 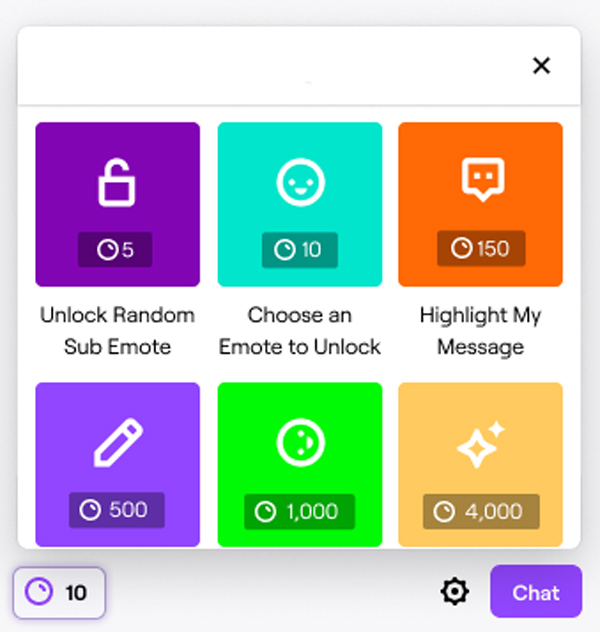 This is the most thrilling aspect of the latest channel point update! Finally, Twitch has provided us with a way to reward loyal fans even though they are unable to support us financially.

For a long time, third-party apps and chatbots subsidized this experience with gambling bots and point systems, but they never really had meaningful incentives or a way to assert them.

You can make whatever you like with custom incentives, from A.M.As to polls in chat that can be redeemed with your own points!