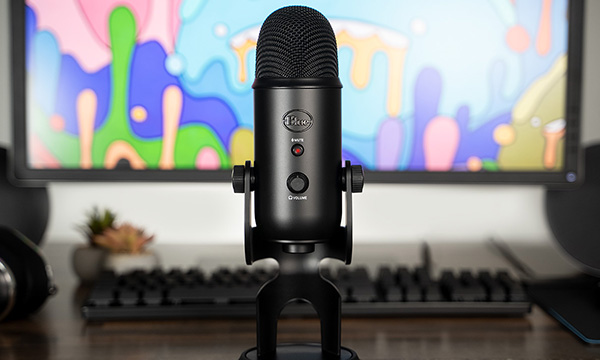 Following the surge of usage in streaming services, home-use microphones have made a comeback. And using the best software will improve the quality of such microphones vastly.

Blue Yeti microphones are undoubtedly one of the most popular ones on the market. Fortunately, whatever type of content creator you are, you will find plenty of audio and video software that will work with your Blue Yeti.

Here are some of them. 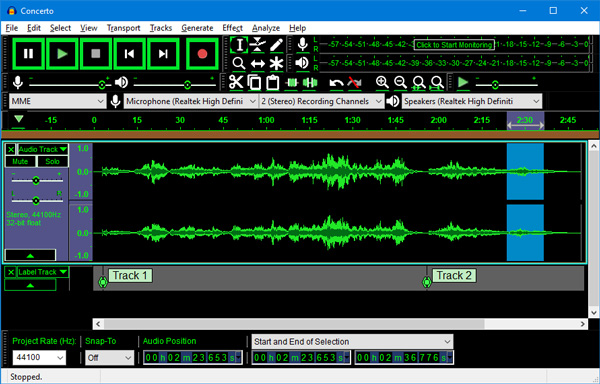 After you install Audacity, you will need to download and install other components so that you can import and export those types of files, etc. Even so, the software lets you record, edit, and process your audio. Multitrack audio projects can also be created.

One annoyance with Audacity is that some of my VST and VST3 plugin filters won’t work, but that’s a little issue. After all, if you’re willing to pay for the filters, you’ll actually pay for a DAW as well.

Premiere Rush is Adobe’s newer video editor for handheld devices and computers. It replaced the previous release of Adobe for this genre, which was Adobe Premiere Clip.

Premiere Rush is a cross-device video editing solution that helps users to easily upload and create social media video posts, such as YouTube and Facebook. Although it can be used on a desktop or laptop, Rush is suitable for smartphone users who want to film, edit, and publish directly from their phone or tablet.

Adobe Premiere Rush lets you edit your clips, change color and audio, add text and names, and use simple, easy-to-use software. You can use customized Motion Graphics templates as well as Adobe Stock content. 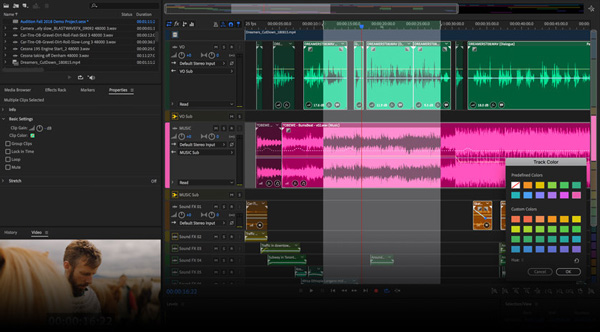 Adobe Audition is a technical audio workstation that makes it easier to work with media through Adobe’s numerous applications. For example, the improvements you made to your audio in Adobe Audition will automatically update the audio in your video editing using either Adobe Premiere Pro or Adobe After Effects.

So, in the middle of editing a file, you can jump over to the Audition to tweak your audio, and your improvements will automatically show in your video timeline. You don’t need to keep importing your new audio files.

Audition is easy to learn and to get started. Right out of the box, it has all the tools you need to record, edit, and create a multitrack mix. It also provides the equipment you’re going to need to repair your audio. For example, get rid of noise, clicks, retrieve clipped audio, or improve files that seem way too quiet.

However, if you need additional results, you can install plugins for VST and VST3. One that many podcasters are going to enjoy is DeVerberate by Acon Digital. It prevents room reverberation or echoes from your recording, as the name implies. A very useful option if you are unable to film in studio conditions. 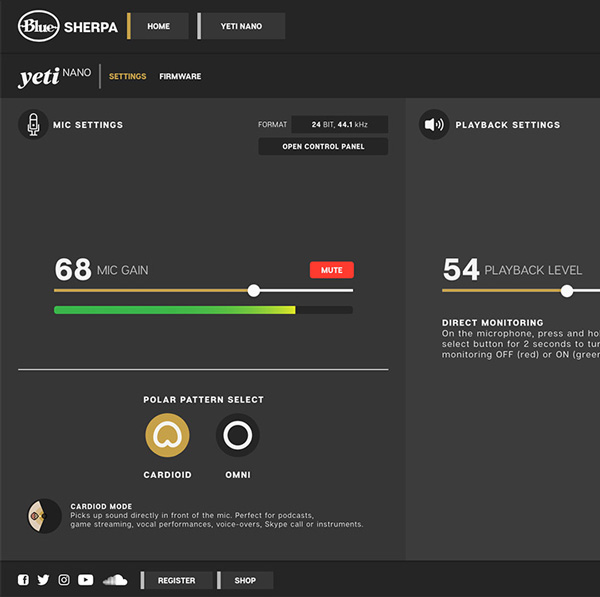 If you’ve ever asked a question about a Blue Yeti software, yes, it does have software. The Blue Yeti has its own program. It’s named Blue Sherpa and can be downloaded from the Blue Designs website.

Unlike the other software in this post, Blue Sherpa is not a Blue Yeti recording software. It is worth mentioning, though, because it gives some power over Blue Yet without having to go through the sound control settings of your operating system.

Blue Sherpa finds it possible to manually monitor the gain and volume of the Yeti headphones. This will help minimize the need to contact the microphone and also reduce noise handling. 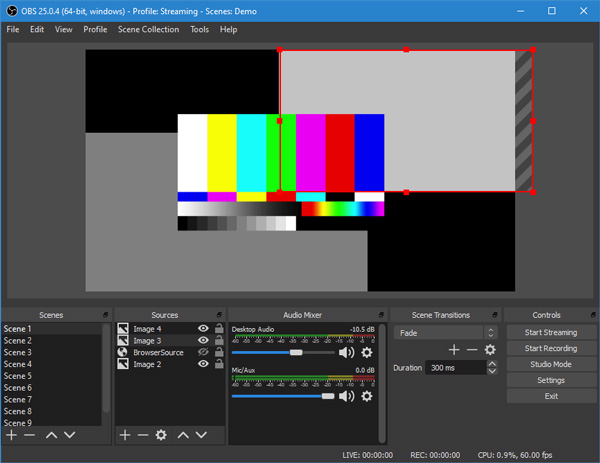 OBS, or Open Broadcaster Software, is a free open-source video recording and live streaming software. It’s one of the simplest and easiest ways to start streaming on Windows, Mac, or Linux.

The software allows you to record and blend video and audio in real-time. You can plan an infinite number of scenes made up of various sources. This can include window captures, images, text, browser windows, webcams, video capture cards, and more. You can move between these scenes smoothly with custom transitions.

You can add a number of filters to your Blue Yeti audio source in the OBS audio mixer. This could include a noise gate and noise suppression, but if you have any VST plugins, you can use them because OBS provides VST plugin support. 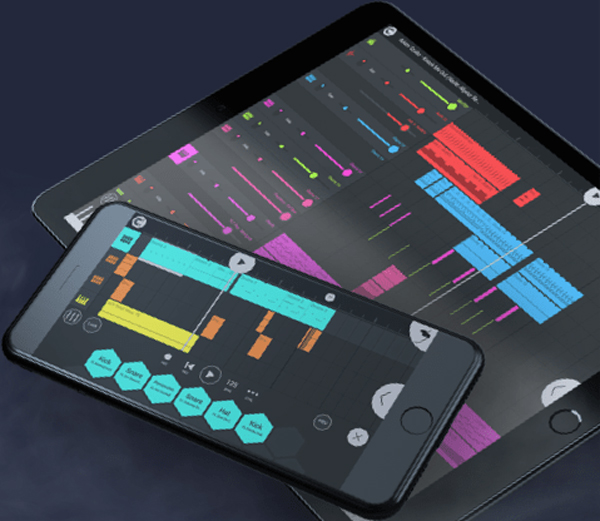 If you want to record and mix a podcast or a multi-track pop hit list, FL Studio will get you there without breaking the bank. It will do just about everything you would like to do when it comes to beginning an audio recording. It can accommodate VST and various other plug-ins without any issues and comes out of the box with a variety of effects that can be added to your audio.

If you want software that can manage both midi instrumentation and live instruments or voice, FL Studio is up to the challenge. It runs both on Windows and macOS platforms, works well with other audio applications, and comes with a lifetime of free updates.