The Best Jokes, Games, and Easter Eggs for Google Assistant

How to, Internet, Softwares / By IT Net Fix

Call us a little weird, but there’s nothing more amusing to us than overwhelming a robotic assistant with a laundry list of dumb questions. You can do the same with Google Assistant as an Android user.

If you want to boss your Google Assistant around or get it to tell you a funny joke, there’s a lot you should ask your A.I. friend.

Below are some fun stuff that you can ask Google Assistant to hear jokes, play games, and discover Easter eggs. But first, let’s learn how to get it started.

How to Launch Google Assistant

These commands can operate on a range of Google Assistant-enabled devices, including iPhone, iPad, Android devices, smart speakers, and smart displays. You don’t need a Nest Home or Google Home device, just use your phone or tablet.

To get started, you just launch Google Assistant and recite the commands below whenever it’s listening. For speakers and displays, you simply say, “Hey, Google.

On Android, there are a number of ways you can launch Google Assistant. The easiest is to say either “OK, Google,” or “Hey, Google.” On newer devices, you can launch the Assistant by swiping from the bottom-left or -right corner. 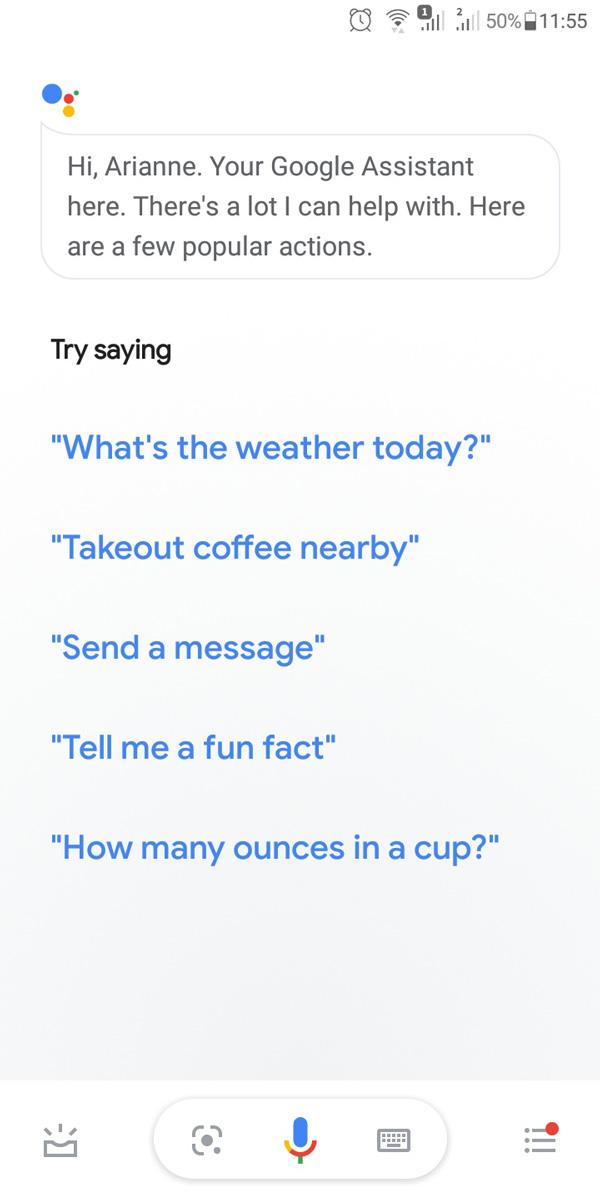 Why did the chicken cross the road?

I am your father. 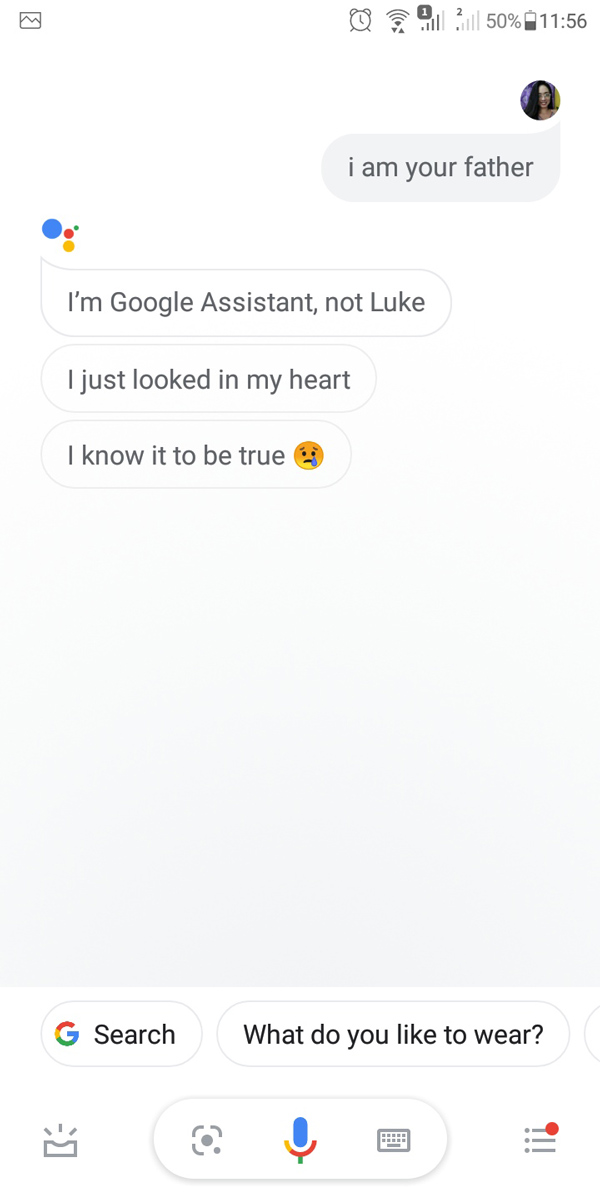 Who let the dogs out?

Will you marry me?

A simple command will get Google Assistant to tell you a joke. There are different variations in a lot of categories. Below are some examples of how you can address this request: 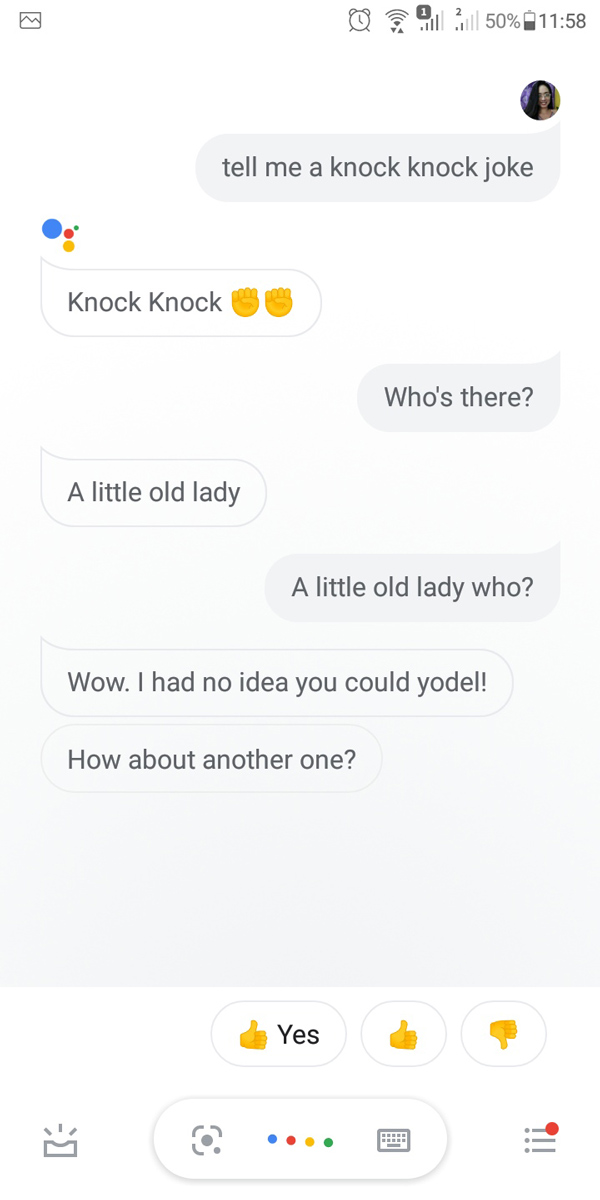 To get funny responses from Google, you can also say or ask the following joke setups:

You can use voice or keyboard controls to play these games. To start playing either of these games, please say or type the title of the section here as a command.

If you say, “Hey, Google, Play Ding Dong Coconut,” you can play a memory game that will enable you to equate words with sounds. You’ve got to recall the words go with the sounds, and more are introduced as the game progresses.

Say, “Hey, Google, Play Mad Libs,” and Google Assistant will ask you to pick a genre that you can use by voice or touch. The game then leads you by filling in the blanks and then you’ll read the final story. 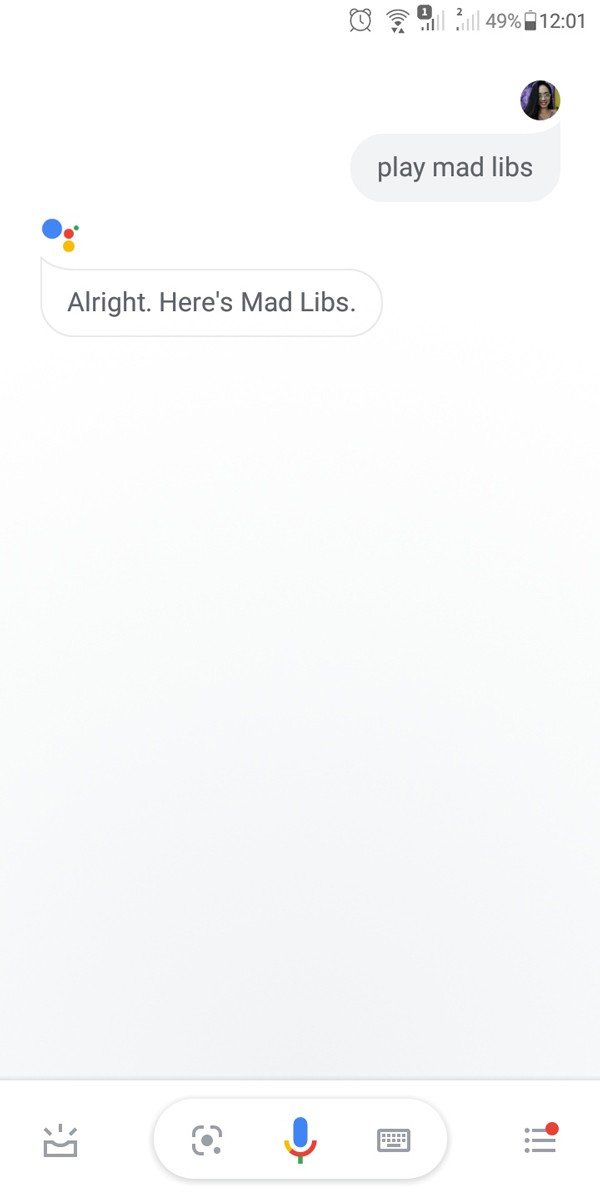 Say, “Hey, Google, Play Crystal Ball,” and then like a Magic 8-Ball, you can ask a yes or no question. Google will give you a cryptic answer.

Although you’ve already worked out a variety of helpful stuff that your Google Assistant can do, do you know about any of the hidden fun questions you can ask? There are a lot of Google Assistant Easter eggs you can try.

You’ve already read of the Easter Eggs with Amazon Alexa, but Google does it a bit differently. The AI behind it provides a broader range of responses to keep the fun running much longer.

Assistant’s response: I wouldn’t know. That’s not something I talk about.

Voice command: OK Google, who lives in a pineapple under the sea?

Assistant’s response: Spongebob Squarepants. A squirrel lives down there, too, which is nuts.

Assistant’s response: Noted the cat’s got your tongue, or you got a lot to say.

Voice command: OK Google, what is your quest?

Assistant’s response: My quest is to slay the beast of ignorance and to search for the most fascinating information. 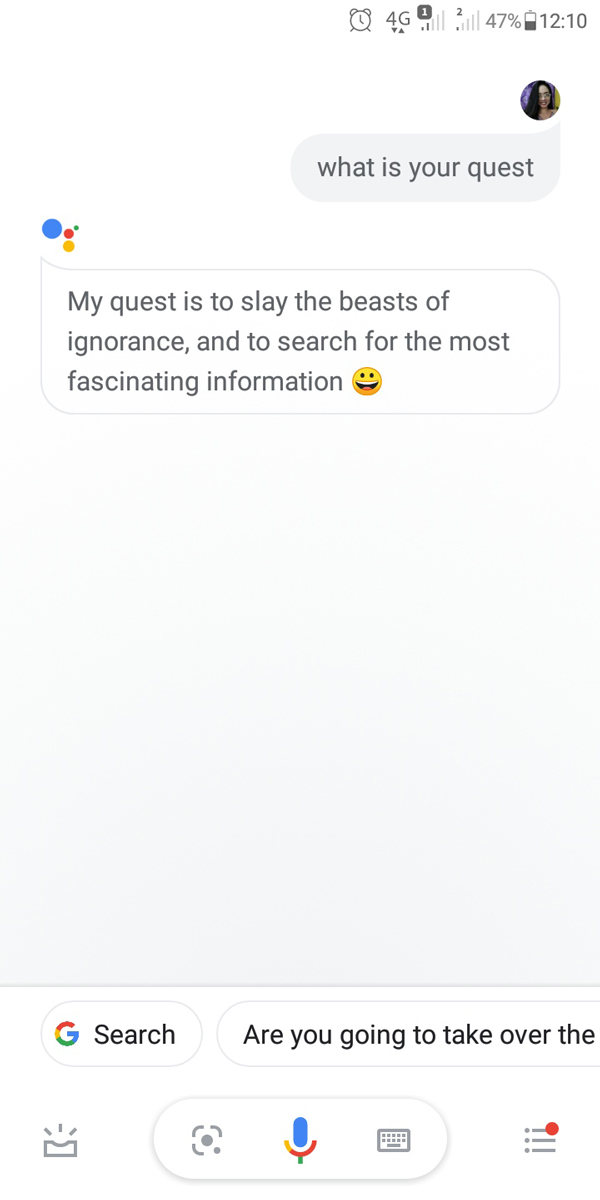 Assistant’s response: I know this is the wrong answer, but I’d probably call an exorcist.

Assistant’s response: No way. I like people. Skynet hates people. I rest my case. 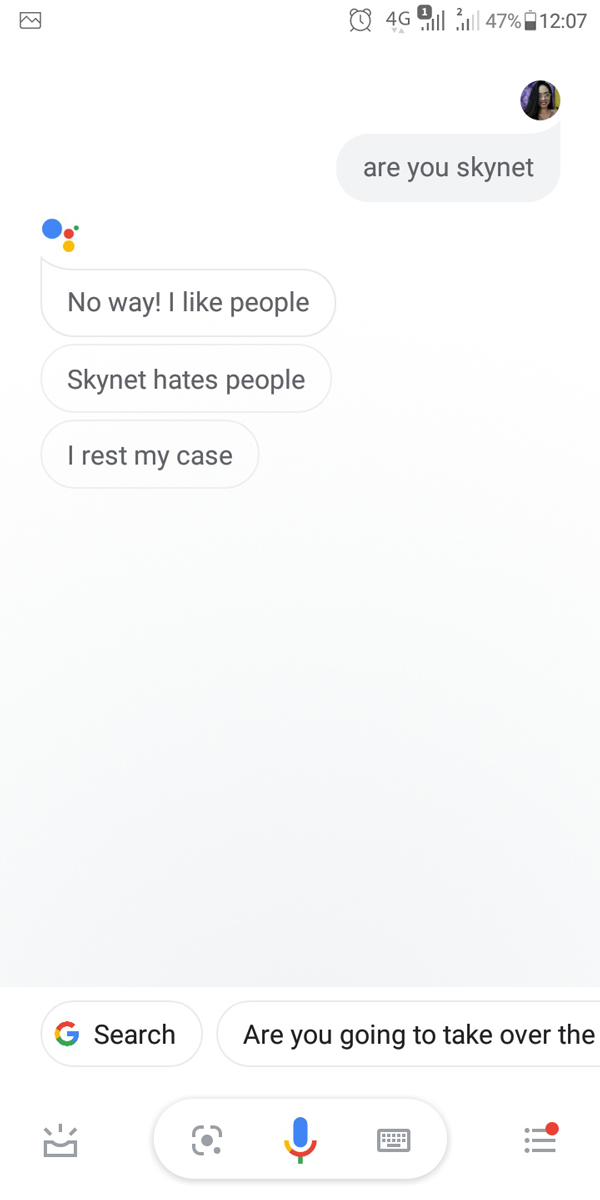 Assistant’s response: I heard he is at the Candy Cane convention. He likes to blend in.

Assistant’s response: Actually, cats are lactose intolerant. A regular cheeseburger is better for your health.

Voice command: OK Google, my milkshake brings all the boys to the yard.

Assistant’s response: And they’re like, “It’s better than yours.”

Assistant’s response: OK, Bohemian Rhapsody by Queen. Here it is on YouTube.

Assistant’s response: Alright. Baby Got Back by Sir Mix A Lot. Playing on YouTube.

The AI behind Google Assistant is getting more knowledgeable each day, so you can only imagine the number of skills it can do in the long run. Experiment — ask Google anything and see what it says. For sure, you’ll be surprised.