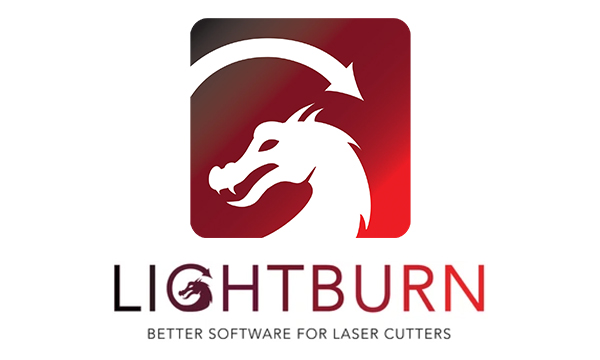 Lightburn is versatile editing, layout, and control software for laser cutters. It helps you to import artwork in a range of formats. The program also provides a number of other helpful tools, helping to enhance your laser cutting and engraving efficiency and workflow. 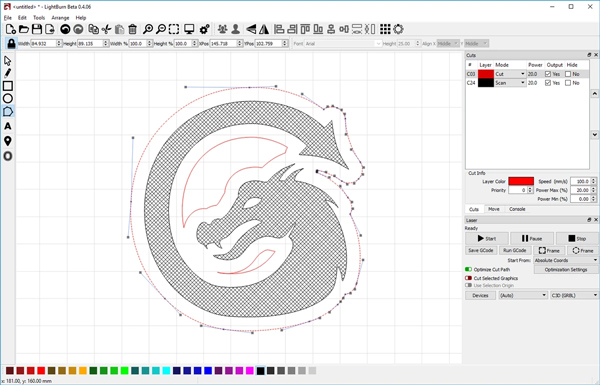 Files generated in Lightburn can be transmitted directly to the laser controller when attached to the device via USB, placed on a USB flash drive, or copied via a wired network connection. However, it is also possible to monitor many of the laser features, such as X and Y axis movement, frame, start, pause and stop with Lightburn itself, to speed up the workflow.

One of the highlights of Lightburn is the ability to attach a Lightburn camera and access the camera control functions of the software. 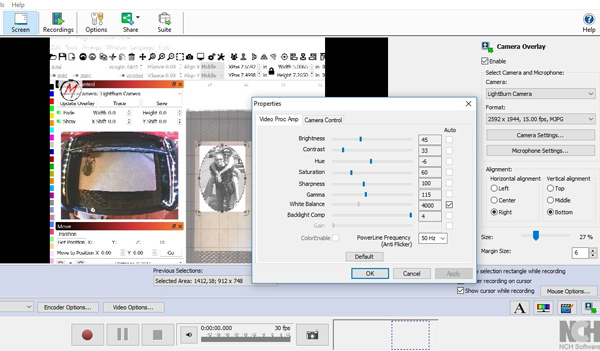 Not only does the camera provide you a real-time view of your laser bed, but it also helps you to trace images or shapes and easily convert them into vector files that can be laser-cut and engraved.

The camera control of Lightburn also enables you to capture a sheet of material or laser engravable target in the laser bed position and to correctly overlay your artwork inside the software until you are ready to cut or engrave. This option offers an alternative to creating jigs to precisely position your project.

This is by far one of the most amazing things you can produce using a laser engraver; photographic images directly etched on a range of materials. JPEGS and BMP files can be directly imported into Lightburn, ready for laser engraving. Photograph engraving performs well for high-contrast images. Import the image into Lightburn and select from a variety of engraving methods, such as Dither, Newsprint, and Half Tone. 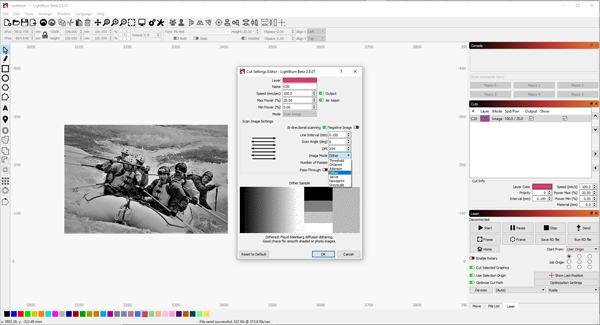 Lightburn also offers you the option to develop your own configurations and start creating a robust setup library to speed up your workflow.

The Lightburn UI is tidy, simple, and easy to use. It also helps you to customize the different windows in the software to suit your method of operating.

All facets of this dedicated laser cutting program are designed with productivity in mind and also borrow some features from vector design software such as Adobe Illustrator, providing a common feel for graphic artists and designers.

Build quick links to all of your favorite designs in the Lightburn Art Library. From here, you can drag and drop vector and image-based files to your workspace, ready to be cut and etched.

Use Lightburn on Mac, Windows, and Linux

Lightburn software can be installed on Mac, Windows, or Linux operating systems. Previously, laser cutters could only be operated by a Windows 32-bit or 64-bit operating system, but now consumers have the choice to use their Mac or Macbook to power their laser.

Designed to Work With Your Laser

LightBurn responds directly to your laser without the use of extra tools.