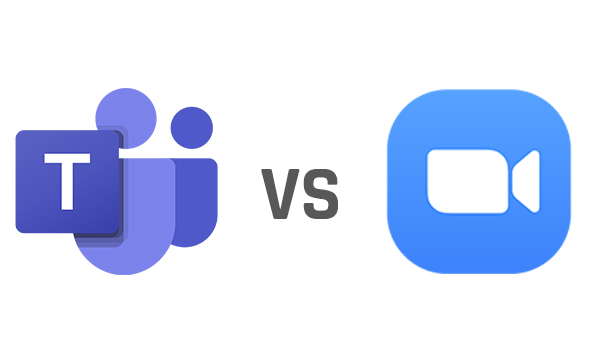 As businesses around the world seek an efficient way to keep teams together in the era of remote and mobile jobs, team collaboration solutions are gaining prominence. These simple and convenient tools offer access to key features for workers to work efficiently together, from instant messaging to video conferencing. Zoom and Microsoft Teams are two of the biggest rivals in the industry, each providing an outstanding solution to the need for collaboration.

At a high level, both tools offer a very similar set of features, although some main differences can influence you when it comes to making an investment. In this post, we’re going to pit the two against each other to help you see the difference.

What is Microsoft Teams?

Microsoft Teams is developed as an all-in-one collaboration solution. It helps to promote text chat, screen sharing, audio and video conferencing, online meetings, and file sharing in a manner that can support or even fully eliminate in-person meetings.

How accessible each app is often the result of individual user experiences and priorities. Generally, though, anyone who knows their way around various Microsoft applications will easily navigate their way around Microsoft Teams. 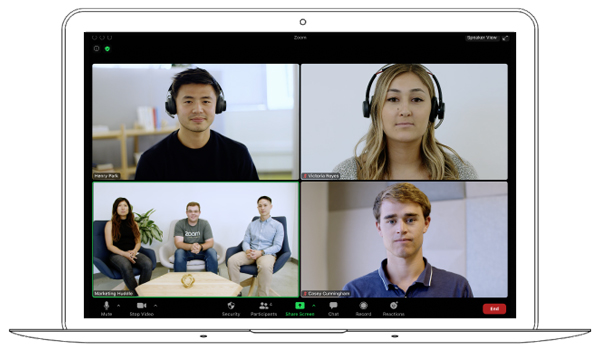 Despite Microsoft’s fame, Zoom is undoubtedly the biggest brand name when it comes to remote meetings, using cloud-based apps to promote audio calls, video calls, and other types of user chat and community webinars.

Zoom is potentially a little more user-friendly to anyone who is usually unfamiliar with technology. All they really need to do is press on a connection to a Zoom meeting at the right time, and their phone will connect them immediately.

Generally speaking, you can do much of the same things with Zoom as you do with Microsoft Teams. However, in order to match 100% of the features, you would need to either buy a more deluxe version or incorporate other applications to Zoom.

Video quality is one of the most critical things to remember. You don’t want to appear pixelated in the next presentation, so you’ll be pleased to hear both Zoom and Microsoft Teams taking advantage of up to [email protected] video.

Your hardware and data connection must be up to the challenge. Luckily, most existing internet connections much exceed the developer’s recommendations. Microsoft Teams suggests a 2Mbps connection for high definition group calls, while Zoom is a touch more challenging at 3Mbps in its highest settings.

The only key difference is that Zoom does not activate 1080p resolutions by default. Instead, you need to manually upgrade the settings and it will need to be enabled on Zoom’s end. Otherwise, you’re supposed to use 720p video (which is arguably still great).

As far as audio quality is concerned, it can mainly rely on your microphone.

How big the group is would have a huge effect on your decision in the Microsoft Teams vs. Zoom debate. Teams used to restrict you to up to 300 people per conference, but things have changed. Now that number will be up to 10,000 if you sign up for their Office 365 E3 plan, which is also the most expensive deal.

Zoom Meetings’ free plan allows you to start video calls for up to 100 people, but paying up will bring up to 1,000. If you have a big organization and need more than 1,000 people to make video calls, Microsoft Teams is the obvious answer.

Microsoft Teams vs. Zoom: Interface and Ease of Use

The user interface and experience is really where Zoom excels in the Microsoft Teams vs. Zoom debate. Zoom users are all thrilled with the easy interface and the potential to get end-users up and running with little or no instruction or IT support. Microsoft Teams poses a huge obstacle as users need to get up-to-date with how to communicate on various platforms and teams, integrate file sharing, and use all other Microsoft 365 apps baked into Teams.

While the complete range of workstream collab features integrated into Teams obviously helps it to give a larger field of use and scenarios than Zoom, this exact benefit is also, in certain ways, its limitation with respect to onboarding.

In Microsoft’s case, integrations usually add software data to its own platform. On the other hand, Zoom is often added as an integration of other platforms. A clear example of this is how Zoom and Slack work together. In addition to Slack integration, Zoom has over 100 integrations, including Microsoft 365 integration.

Zoom employs end-to-end encryption, which ensures the data is encrypted on your computer, and sent privately and decrypted only until it reaches its destination. This is more secure than Microsoft’s in-transit and at-rest encryption, but Zoom has been in the spotlight over privacy issues recently, prompting them to freeze new functionality for 90 days. Despite safety improvements, better security, the option to uninstall personal meeting IDs, and the battle against Zoombombing, the company can’t rest with more than 500,000 hacked accounts being sold online.

Both Zoom and Microsoft Teams have great compatibility. Both can be used on Windows, macOS, Linux, Android, iOS, and a web browser. It is possible to call in by phone so you don’t have a reason to cancel meetings.

Microsoft Teams vs. Zoom: Other Features

Zoom may have a slight edge over Microsoft Teams when it comes to video and conferencing. Both include screen sharing, meeting recording, cloud storage, whiteboard, file sharing, calling, and more. On top of that, Zoom can provide information on participant connectivity, people counting capabilities, a more user-friendly UI, and more.

However, Microsoft Teams has some strengths. Although Zoom is mainly a video call and conference software, Microsoft Teams acts as a general communication and organization framework that is somewhat close to what we find in Slack or Discord. In addition, it has a perfect integration with the 365 software of Microsoft. This includes all-time classics such as Word, Excel, and PowerPoint. Teammate collaboration is a breeze by using Microsoft Teams. Many businesses are now using these applications, giving Microsoft a major edge in the Microsoft Teams vs. Zoom battle.

Zoom’s free plan is fantastic, but you might be disappointed by 100 participants and 40-minute limits. Those who need more can opt for a paid monthly subscription.

Microsoft Teams vs. Zoom: Which One is a Better Fit for You?

Zoom is suitable for companies who want the highest quality audio and video conferencing at their disposal. In addition, Zoom could be preferable for companies that also host conferences with individuals outside the organization network, since it is easy to set up out-of-the-box audio/video meetings. Zoom can also be a good option for small companies who can make the most use of its free version.