How to Send Disappearing Tweets Using Fleets on Twitter 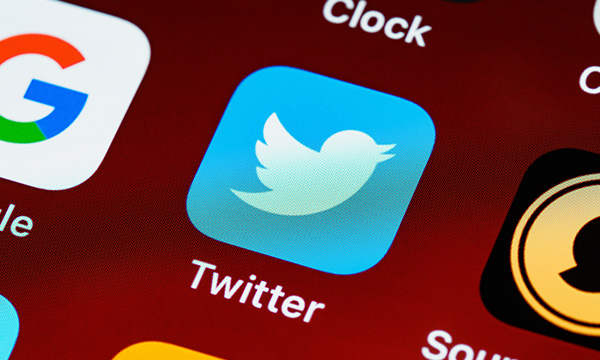 After several months in beta, Twitter’s “Fleets” feature is now being rolled out to both iOS and Android devices. Despite Twitter promoting Fleets as “disappearing” Tweets, they are simply just another variant of the popular “stories” feature seen on most social media sites (including LinkedIn, for whatever reason), containing content that only sticks around for 24 hours.

Fleets can include tweets (your or someone else’s), images, GIFs, or video clips, plus additional text overlays or emojis. Much like story posts on any other social media app out there, new Fleets accounts are displayed in the sliding menu above the standard Twitter feed. Tap the profile picture to watch, and tap the edges of the screen to skip to the next Fleet in your feed.

First, open the official Twitter app on your iPhone, iPad, or Android smartphone. You’ll see the row of Fleets at the top of the screen. Tap “Add” to get started. 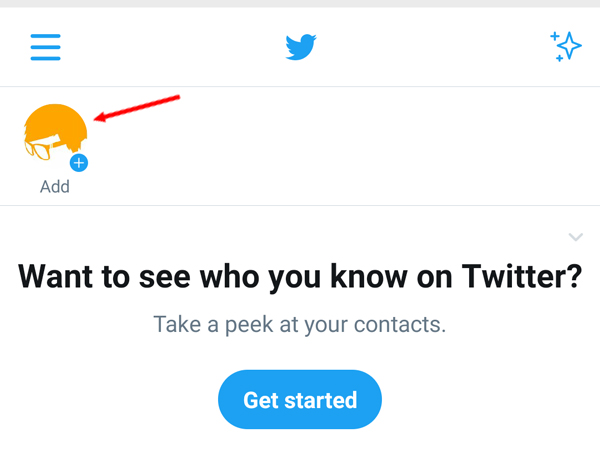 There are four tabs at the bottom of the Fleet creation page:

You can tap the middle of the screen and start typing for the Fleet text. You can modify the alignment, bold the text, set the backdrop to the text, and change the color.

If you pick an image from your album, you can change the background color and use the same text tools to write to the top of the image.

You can also trim a video from the gallery.

You can use the same tools when you take a new photo or film a new video. When your Fleet is ready to post, press the “Fleet” button at the top right.

Other Ways to Use Fleet

There are a variety of different things you can do with the Fleets. You can exchange Tweets as Fleets, as we described above. To do this, select a Tweet that you want to use to Fleet and press the share button.

Here, you’ll see the options to “Tweet This” or “Delete Fleet.” 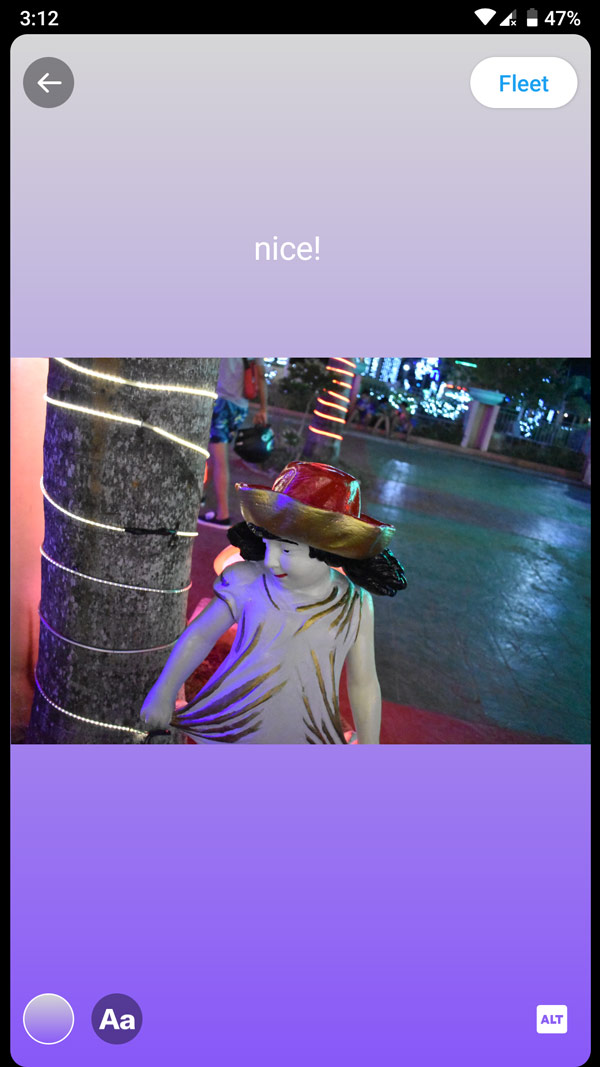 Customization options are minimal for the time being but Twitter promises it will bring stickers and live-streaming capabilities to Fleets in the future. Users can respond to Fleets, though—again like Instagram, Facebook, and elsewhere; Fleet responses are submitted privately as DMs.

In the company’s blog post, Twitter says that many users experience feeling awkward Tweeting, “because it feels so public, so permanent, and like there’s so much pressure to rack up Retweets and Likes.” Fleets were built to make users “feel more comfortable sharing personal and casual thoughts, opinions and feelings.”

If that sounds like your experience on the site, maybe try Fleets instead of agonizing over every Tweet or removing your old posts in embarrassment. Only be mindful that Fleets can still be screenshotted by your fans, and there is currently no way to know if someone has saved or posted your Fleets. In other words, you can always be plagued by those bad takes, even though they vanish from your profile.